The Sound of Intimacy

Exploring the simple technology of voice recordings, and their power to connect loved ones across the globe.

Container Magazine · The Sound of Intimacy

What you can’t see, what’s disappeared into thin air minutes after I’ve listened to them, are all the secrets and stories and updates and logistical plannings captured and then lost – unless ‘kept’ – in audio messages.

Audio messages are the EKG heartbeats that live next to a blinking cursor on your iMessage screen. Appearing as a blue bar with up-down lines capturing the highs and lows of the spoken word, audio messages are book-ended by a play button. The longer the bar, the longer the note. Mine are often the length of the screen; minutes.

Audio messages transport me to Pittsburgh. Kelsey’s breathy voice in my ear strains against head-on winds while she walks her dog up, then down, cobblestone-studded streets. I picture her recording, her mouth speaking into the tail-end of her giant iPhone where the microphone is, a brave hand unearthed from warm pockets to dutifully hold down the record button. I hear the quick stride in her voice as I teaspoon coffee into my stovetop espresso maker, unaware of the weather outside my own window. She wants to know how my date was, and says her kitchen-aid that’s been backordered since November will be here Friday.

I click ‘keep’ and listen back later before gathering my breath and diving into my response. 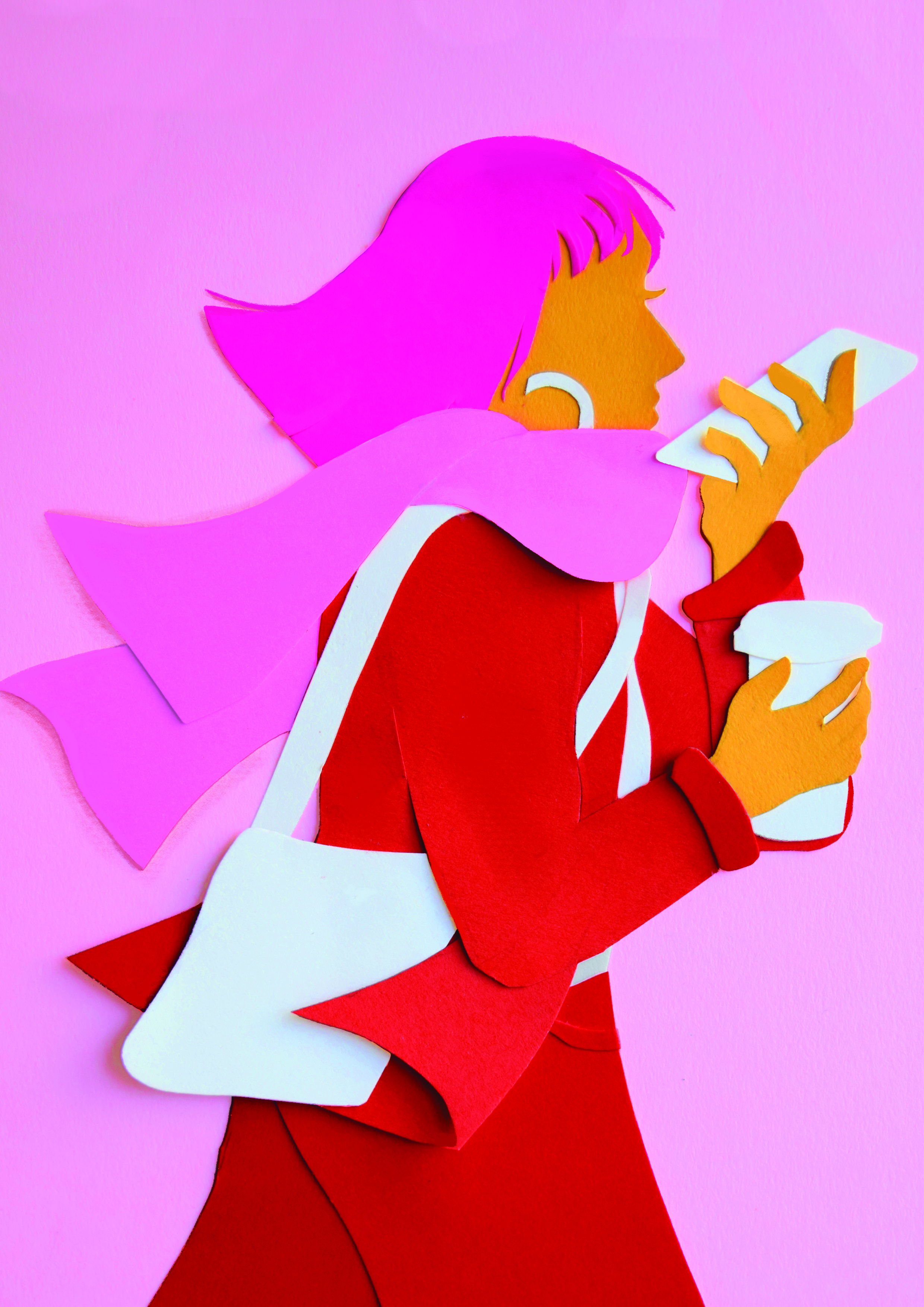 I can’t remember exactly when I started sending voice recordings in place of texts to a select bunch of people, but the time period I pin it to is college: late 2012. I had downloaded WhatsApp – a free messenger app that runs on Wifi or data and is preferred over iMessages in Europe, where mobile carriers charge per text message instead of bundled rates – on my iPod Touch.

WhatsApp first introduced voice messaging capabilities in 2013, a full three years ahead of tech companies like Apple. “We know there’s no substitute for hearing the sound of a friend or family member’s voice,” WhatsApp’s blog post from the tech announcement read.

Before its voice messaging launch, WhatsApp had 20 million active users a month, hailing from Germany, Spain, Mexico and India. After the introduction of voice messaging, usership jumped to 300 million a month; today WhatsApp has more than 2 billion monthly users from all over the world, and hosts about 100 billion messages per day. Voice messages are the second-most popular type of file shared on the messaging platform after photos, an employee told a reporter in 2018.

My best friend from college, a European with early exposure to voice notes, introduced me to the trend. We were frequently in different time zones with an obsessive need to remain in touch. Since, I have brought other close girlfriends and family into the fold. Some were hesitant at first, responding to my threads of trapped voice with a text reply, obstinate.

Many of my close relationships with women are predicated on the avoidance of ‘catching up’. I never want to ask, “how’s your family? How’s work?” – I want to know the information organically and in real time. But who has time for that? I also want to run five miles a day, complete my work, try new restaurants, and read.

Voice recordings are a life hack. Audio messages sit in your conversation thread, one half of a preserved phone call, until you’re ready to listen to them. You can pack a fat amount of information into a five minute voice recording that would take double the time to type back and forth. It’s not quite the commitment mandated by a phone call (a solid hour for me, real-time responsiveness) but instead is a flexible version of a broken up, monologue-style conversation with a friend over the course of, hopefully, a lifetime.

My friends and family know this intuitively. But I was curious what the people I shared my voice with valued most about the tool. “What do you like about voice notes?” I asked them. “What are the benefits?”

“Like anything else in life, it’s a matter of ease,” my college best friend, Melina, tells me in a voice-recorded reply to my inquiry. I can hear her tongue forfeiting to her Long Island accent, her return after many years spent abroad.

Voice notes are like photographs, but limited to words. They invite the listener to close their eyes to visuals and open their ears and imaginations to something else entirely.

Most of the time while constructing voice recordings, I’m multitasking in a way that head-down texting wouldn’t allow for. I’m beelining to the post office before closing, crossing streets in a hurry. I’m towing my laundry down six flights of steps. I’m weaving through the aisles at Trader Joe’s, responding to my mother with details from my dentist appointment earlier that morning and also my plans for dinner.

“It creates the intimacy of being near when we’re time zones apart,” Kelsey, a long-distance friend from college, sends me. Football fans are screaming through the TV in the background. Somebody must’ve scored. When I’m in Asia and Kelsey’s in New York, I record myself reading the speech I wrote for my brother’s wedding to share with her. She wasn’t at my brother’s wedding, but she can quote what was said there.

Voice notes are like photographs, but limited to words; they invite the listener to close their eyes to visuals and open their ears and imaginations to something else entirely.

Is that a car horn? A bird? A yapping dog? I can hear you jay-walking by the distracted lag in your voice as you scan for cars, then panting after the swift jog across Broadway. I hear Beyonce; other people talking; your breathlessness after ascending stairs. I am steeped in setting, a conversation in itself. The plot develops when a setting emerges.

We latch onto those settings and it creates more dialogue. “Is that a call to prayer?” Melina’s voice comes through to me one morning, years ago, in response to a message I sent her the day before. I was seated beside a reflection pool at the Golden Temple in Amritsar, India, speaking into my phone when the rhythmic prayer blasted over loudspeakers cut me off. Melina’s voice in her response reminds me of my own reaction when I had first come to India six months earlier: amped up, awed, a little incredulous. “That’s a motherfucking call to prayer, isn’t it?” she said.

We take each other places the other has never been. She sends me her voice on her morning walk to work in Cyprus, which I know from listening almost daily crosses over a busy highway at one point. Intermittently, she’ll pause to greet colleagues or the bakery owner with a bright “Kalimera!” and I can feel the lightness of a Mediterranean morning as my own day in Alaska’s winter draws to a close. In another corner of the world, these fly-on-the-wall interactions bring me closer to her.

A high school-era friend, Lauren, says sending our voices back and forth reduces the inevitability of misfirings so ubiquitous to our generation’s emoji-sending, reactions-as-a-response mode of communication.

“I can convey a lot more and you can hear my tone, so there’s less likelihood of us having a misunderstanding,” Lauren says. With my AirPods in, walking to a haircut in SoHo, I stream her three minute recording into my ears as though I’m listening to a podcast. 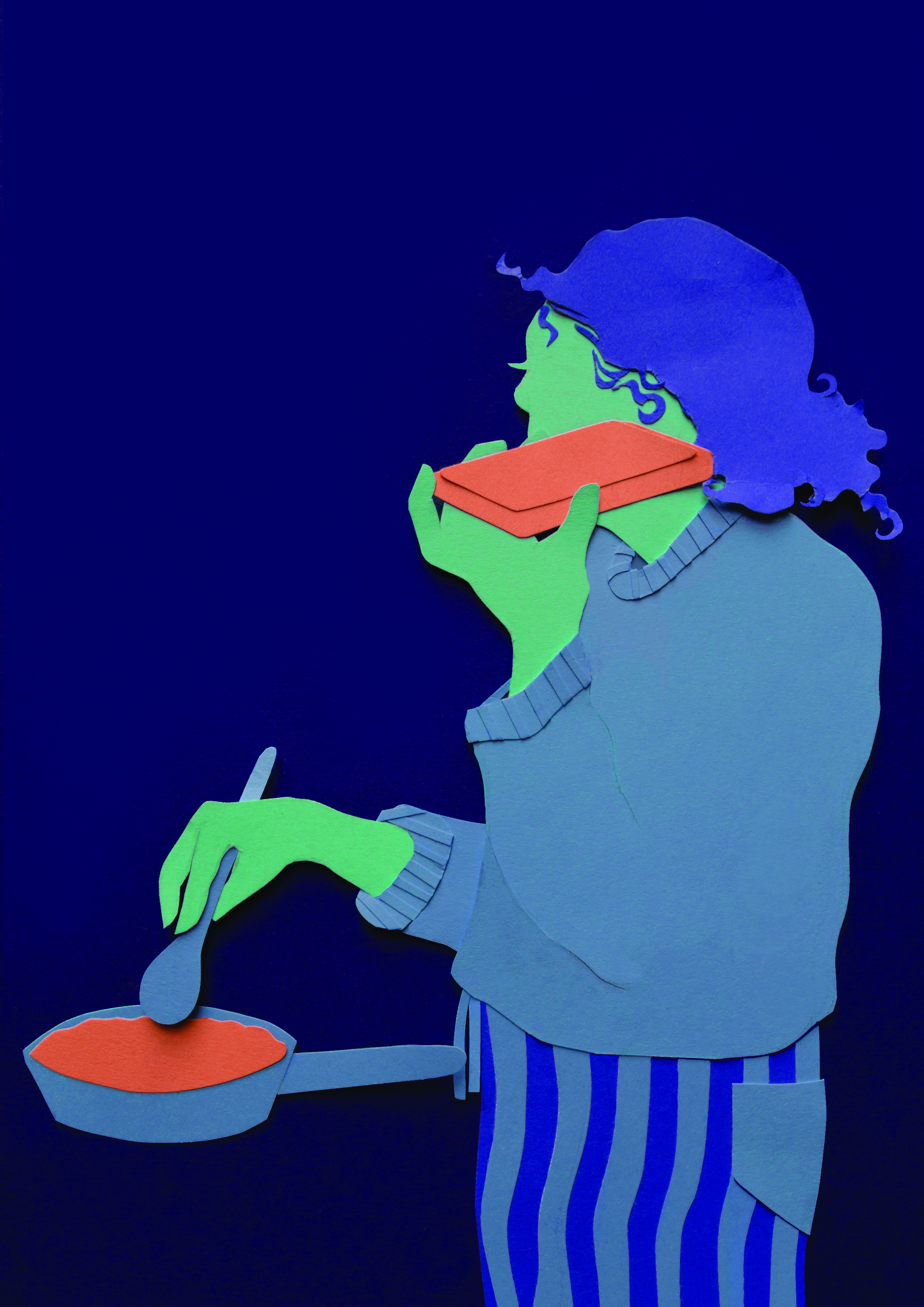 “I love hearing your voice,” says my mom, who hasn’t lived close to me in years. “I also like hearing the expressions.” She often sends me her disoriented voice after accidentally deleting her initial message, a fatal error made all too easily by lifting your finger from the screen. I can hear the caffeine surge through my mom’s already-upbeat voice in the first three words she utters. Then, a follow up, beginning with a fit of laughter. “Oh! I don’t know what happened there, hun,” she says, and then explains exactly what happened.

In a world where technology often creates the feeling of putting walls between us, audio files are a real and genuine connector. Especially in the ‘new normal’ era of Covid-19.

I don’t just send voice recordings to anyone: that would be weird. 81% of millennials feel anxiety or apprehension before phone calls (on the phone recently – I’d called my friend to plan a camping trip – she said: “Nobody has cold called me like this since 2007.”) My general rule of thumb is, if I don’t already know the cadence and the nuances of a particular person’s voice, I won’t send them a voice recording. It feels exposing, somehow, to communicate this way without a foundation of comfort. Not yet earned.

These days, my friends and I record our laughter and send it back and forth like gifts. Manic, throw-your-head back hysteria. Four seconds of hyena howling. Another six of a breathless chortling with one big snort at the end. I am cracking up, we are saying. My laughter cannot be minimised or contained by words typed.

After you play an audio file on an iPhone, you have two minutes to ‘keep’ the recording in your thread of conversation, or it automatically erases. This is kind of romantic. A whisper in the ear. When you ‘keep’ an audio note, it notifies the sender with a brief message. This one line remains memorialised in a thread, a reminder that conversation lived there when blue bubble text messages did not suffice.

Jenna kept an audio message from you

You kept an audio message from Kelsey

Mom kept an audio message from you

Kept kept kept, you you you

Life After Death: Should Virtual Reality be used to help us Grieve? 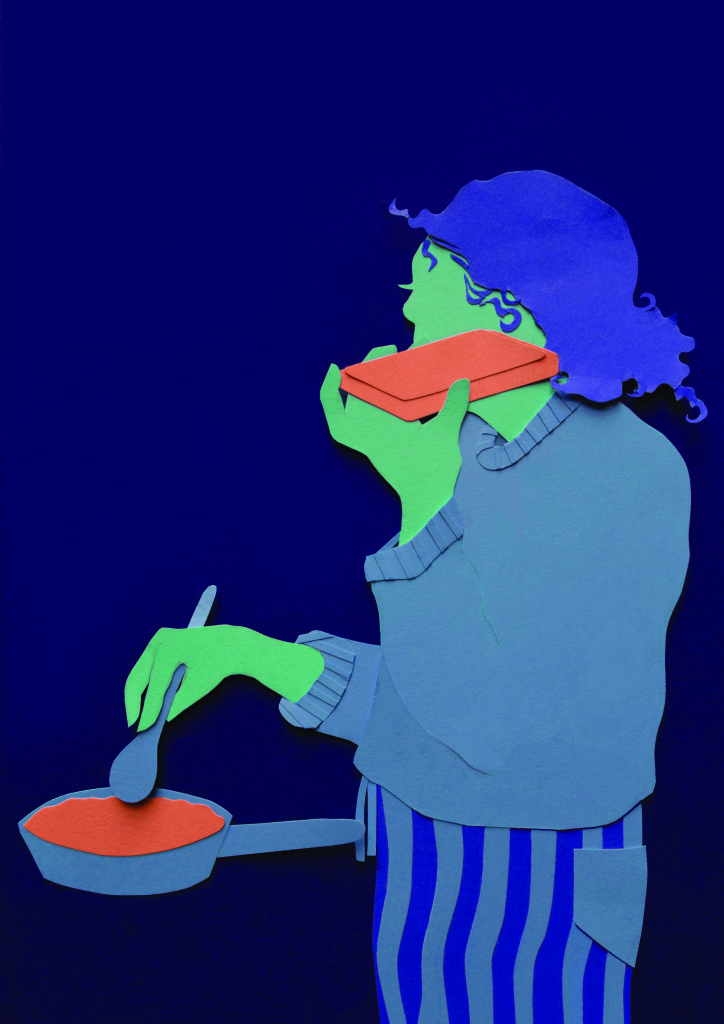 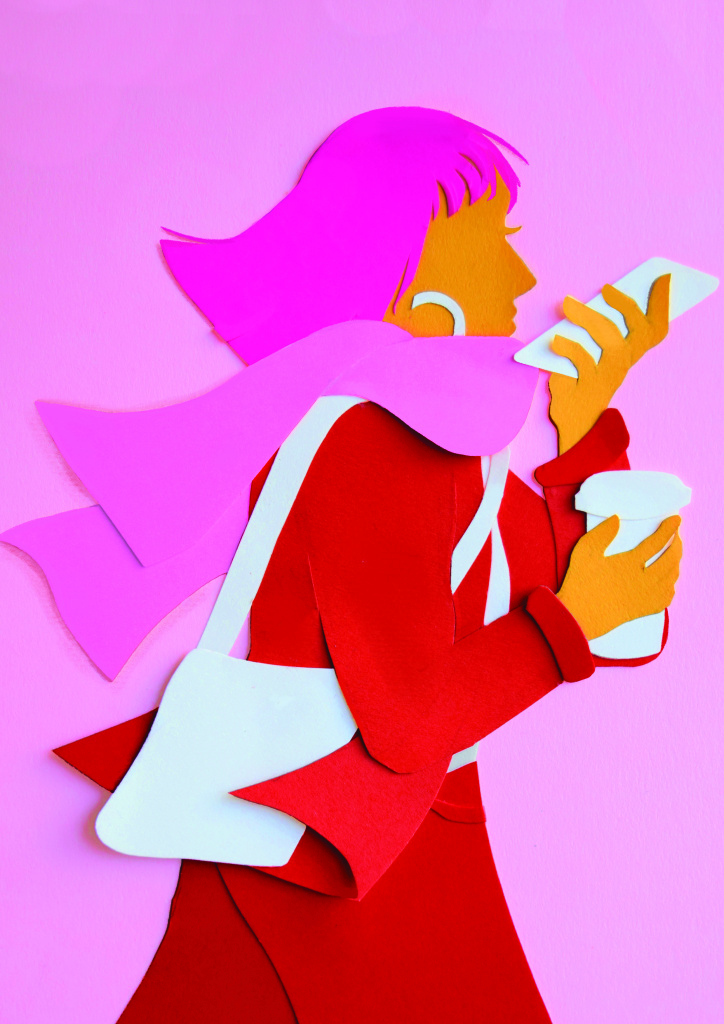 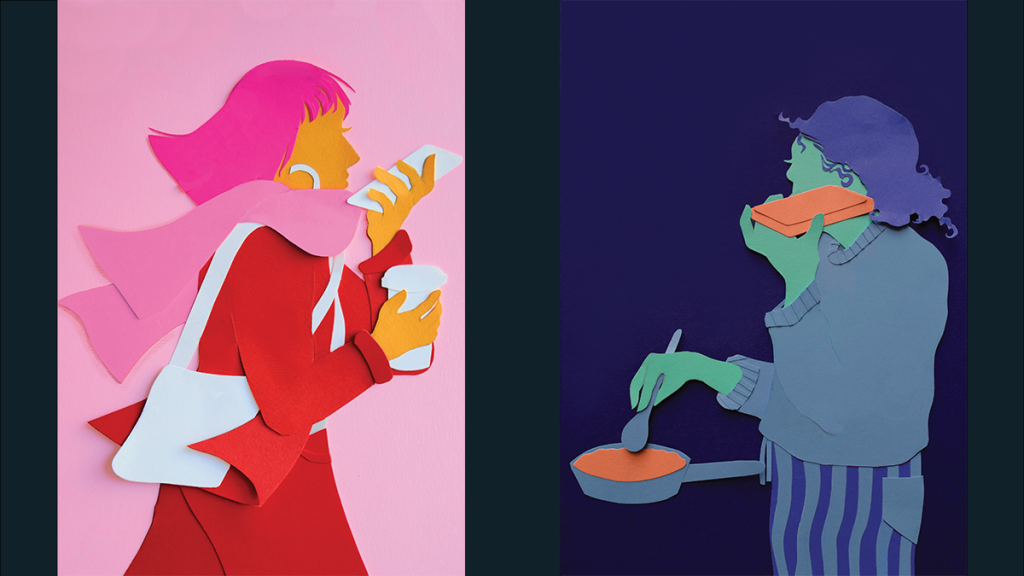